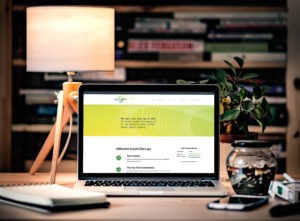 Thanks to the money-making twins you know that savings protect your money while investments grow your money. Money that you’ll need in the next few months or the next five years goes to Savings. But you can find ways to make Savings work a little harder.

Savings: what does it stick to?

Savings is still working money, because your money still earns a little bit of extra money. This money is called interest, and it works like this:

When you put your money in the bank, the bank can lend that money to other people until you need it. They charge those poor suckers a lot of extra money to use money that technically belongs to you. To thank you for using your money, the bank pays you a little something –  interest.

Banks being what they are, they’re going to try to pay you as little interest as possible and charge the unfortunate person borrowing your money as much as possible. This is how banks make money. Luckily the bank also needs a bit of security, because if everyone who left their money with the bank decided to take out their money at the same time, how would the bank be able to give that money back?

That’s where fixed-term savings accounts come in. The bank asks you to agree to leave your money with them for a longer period. You can choose how long, from a few days to a few years. In exchange for giving them money they can count on, they agree to pay you a higher interest rate. It’s still not as much as they’re charging the person borrowing your money, but it’s better than the interest you would have received if you had just left money in an ordinary bank account.

Who called the government?

Banks aren’t the only places who will agree to pay you a little something to use your money. The government does it too, with government retail bonds. This is not an account like you’ll have at the bank. It’s a product that you buy from the Post Office or online, kind of like a voucher.

The difference is the government promises to pay back the money you lend them and they agree upfront how much interest they are going to pay you and when. You buy this product from them and a few years later you get your money back. They can either pay everything out to you in one go at the end of the term, or they can pay you back at intervals during the term. You get to choose.

I need the money just-now

Just-now money is money you’ll need in the next few months, because you’re saving for something specific, or for an emergency.

This money goes into a cash savings account, which is great news, because you probably already have one of those. It’s the account you use to access money right away at an ATM or through Internet banking. The interest you earn on these accounts can be pretty laughable, but you don’t mind. You actually just want a safe place to store your money until you need it.

The money you’ll save here is super lazy. You’ll use it for a holiday, to buy a new TV or a pair of shoes and for emergencies. While you don’t know when an emergency will happen, you do know for sure that you don’t want to go through your dirty jeans pockets to find money to deal with it.

I need the money now-now

Money you need now-now can be put into a fixed-term savings account, because it’s for the near future. You want that money to be less lazy than just now money, but you also don’t want to take any chances with it because you’ll need it within the next five years.

You can put your now-now money in the bank for a longer period in exchange for a higher interest rate. Or you can use government retail bonds for money you need now-now. Both of these options mean you need to be very sure that you’ll only need the money when you think you’ll need it, between two and five years down the line. If you happen to need the money before that, you’ll pay a penalty and/or lose some of the interest your money has earned.

If you’re not saving towards anything specific, work out how much it costs you to pay the bare basics every month. Try to save three times that in a normal savings account as an emergency fund. Once that’s in place, you can put the rest of your money to work for real.

Being outstanding with your money doesn’t have to be hard. This series of articles will give you all the tools you need to get your house in order to start investing.

This series of articles was sponsored by OUTvest, and written by Just One Lap in 2018.  It’s timeless wisdom that needs to be out there – in public spaces where it can feed into ongoing discussions about long term financial wellness. We are republishing this series to make Fridays outstanding (but you’re welcome to read ahead).