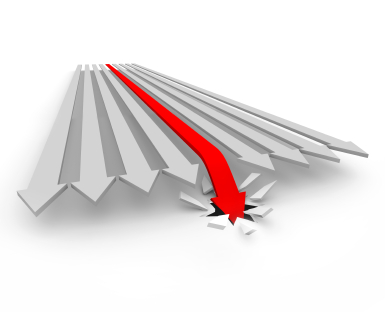 So last week was the wild west. If you survived it, well done! Other people didn’t. And I mean that. There are some horror stories out there about traders who blew up in Steinhoff and EOH. Traders who have been trading for a long time and now owe their brokers more money than they have access to.

“Losses can exceed deposits” they say… and for good reason. Because when trading in leveraged products like CFD’s, losses. can. exceed. deposits!

Somehow nobody believes it until they get a call from their broker telling them that they need to pay in an amount of money so big that they have to sell a car to cover it. The market is unforgiving. It doesn’t care about your personal situation. It doesn’t care if you have the money or not. If you get caught, over-geared because you were greedy, it will carry you out on a stretcher.

I’ve been writing for this blog since 2015 and have over that time covered a number of themes. I’ve spoken about fear and greed, emotional understanding and control, discipline, studying markets, motivations, consistency, routines, good trades, bad trades, pitfalls, and a whole bunch of other things that I was going through and learning and experiencing. And I sincerely hope that some of those things have been helpful to you, the reader of this blog. Thinking back on last week, I realised something that I’ve known, but it hadn’t really sunk in until now. You have to learn to lose and be ok with it.

Three trades from last week stand out for me. One, I will likely remember and talk about for as long as I live. I was long Steinhoff overnight on Tuesday, and bought during the first volatility auction on Wednesday and managed to get out in profit after being down an ugly amount at the open.

The other two will likely fade from my memory within a few weeks. In truth though, the two non-memorable trades where actually the two best trades I had done for the whole week. They were both losing trades, and I’d closed at a loss.

At first I was all… all sorts of emotional about taking the losses. And closing the trades was really, very incredibly hard. Hard on the soul, unnatural, uncomfortable, enraging… but, I closed them. At a loss. Both of them. And those were the best trades I had done all of last week. Not because I had made money, but because I realised that I was on the wrong side and instead of fighting it, I took the punch on the chin and moved on.

I had to avoid my desk for some time after them both because I knew that I would revenge trade if I stuck around. They had got so close to going in the money, so I thought for a long time before I acted. But ultimately, they’d put me through pain, and now gave me a chance to get out with small loss. I can’t say it was without hesitation, because there was plenty of that, but I took the losses when they were still small enough to manage. In both cases, after taking a few hours to calm down and get back into the zone, I managed to end those days fairly well. I actually had a great week.

Taking the losses saved me from the stretcher. Twice. So if there is one thing, one piece of advice that I can give to anyone who is trading, it would be this:

Do not gear yourself more than what you can afford to lose. And take your stop losses.

Trade carefully out there guys and girls. Enjoy the volatility that comes with the news events this month, have a great festive season and remember:

It is not what we do but rather how we think while we are doing it, that determines our success