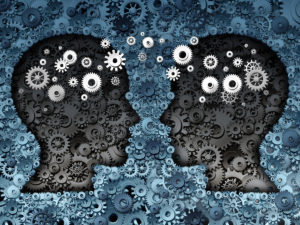 When it comes to trading, there are probably many ‘first rules’ depending on who you’re talking to. For me it’s this one: Trading is a solo sport, do your own thing.

The fundamentals are the same, but individuality leads to standouts

Trading is a solo sport like singles tennis, golf, track and field etc. When you watch solo athletes perform in their respective fields, you will see that what they do is largely similar to that of their competitors. That’s because the fundamental principles of the sport are the same for everyone. They largely have to learn the same things en route to competence in the basics of their sport. Yet they’re as different as snowflakes. You’d hardly see two pro golfers have the exact same swing. In some ways, they are successful because of their unique individuality that they bring.

Trading is no different. The principles that govern success are largely the same for every trader. For example, in order to be a successful trader there’s no bypassing the rule that says “your wins must be bigger than your losses”. Yet every successful trader is successful in part because they do their own thing. It is how they apply these principles where they differ.

This is why, when designing a set of rules to guide you, they need to be your own thing. (That’s another first rule by the way: “Create rules and follow them”. We’ll discuss that another time). It doesn’t mean that you can’t learn from others, because you certainly can and should. But in the end, everything you do in the markets needs to be your own thing. Why? Because you will need courage of your convictions to stay with it, particularly during difficult times which will inevitably come. It’s going to be hard and close to impossible to stay with someone else’s thing. For the simple fact that it isn’t yours, so how can you trust it?

Everyone is a genius in a bull market

It’s very tempting to just simply copy someone you consider a successful trader. That may very well be a profitable proposition, particularly in a bull market. Remember the old saying, “Everyone is a genius in a bull market”. Just copying someone will work, because anything works in a bull market, just as long you’re not shorting anything. However, to gather success and maintain it, you have to do your own thing, which you will use in good and bad market conditions.

The most important thing about creating trading rules of your own, is that they’re in-line with your personality, risk appetite, attitude, emotional response to wins and losses, time for the markets etc.

It is unlikely that someone else’s thing will fit your personality down to a T, so do your own thing!

Footnote: This philosophy applies in the game of life as well.