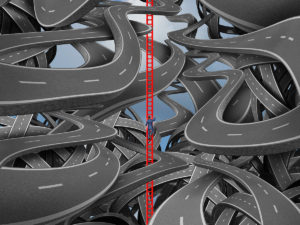 The Satrix INDI is an ETF with a difference. This week, we look at the benefits of excluding banks and mines from an ETF and what that means for your portfolio.

Banks and mines play an important role in the South African economy, which is why many of our indices include big mining and banking companies. Because so much of what we mine is exported, the performance of mining companies can be affected negatively by exchange rates. Similarly, banks often strain under the impact economic events that won’t affect retailers who sell things that consumers need every day. While the rest of the market is still ticking along at its usual pace, the index, and your ETF investment, suffers when these industries suffer.

The Satrix INDI ETF offers an alternative to this scenario. The ETF excludes mines and banks and invests instead in industrial, consumer-facing companies. The index is weighted by market capitalisation, so more of the ETF is invested in bigger companies. The amount of exposure to each company is limited to 30%, which means Naspers dominates this index even more than the Top 40.

Since we first featured this ETF in 2016, two of its top 10  holdings fell spectacularly out of the index. SAB Miller was acquired by AB InBev and Steinhoff collapsed in a heap of lies. The performance of this ETF, as well as its share of the market, fell significantly as a result. Of course years of terrible market performance didn’t help either. However, Naspers has been doing its share of heavy lifting, with the ETF returning over 300% over a 10-year period.

This ETF also serves as a great example of the benefits of index investing. Companies that perform poorly are simply removed from the index, giving the rest of the companies an opportunity to do the hard work.

While this ETF protects your investment from events that affect the mining and banking industries, being heavily exposed to individual companies also exposes your portfolio to a degree of concentration risk. It’s worth thinking long and hard about what other ETFs you hold before you buy this one. The companies you have most exposure to in this ETF are also represented in most other JSE-based ETFs like the Satrix Top 40 ETF. Avoid doubling up your investments in individual companies to protect your portfolio from armageddon events that might bring a company to its knees.

Every week, we ask an independent industry expert to tell us more about our featured ETF. This week, Eugene Chemaly from Afrifocus helps us better understand the Satrix INDI.

What sets this ETF apart from other ETFs in the market?

When it comes to outright performance, it is pretty difficult for any ETF to match that of the Satrix INDI.

What limitations should investors be aware of?

Despite the impressive performance over the last few years investors should take note that this does not necessarily mean the performance will continue. The basket of assets in the ETF consists primarily of consumer goods and consumer services. However, a huge portion is invested in only two shares: Naspers and Richemont. This creates concentration risk and currency as the ETF’s returns are heavily reliant and concentrated on a small number of shares. Also, the fact these companies earn most of their earnings overseas (and especially in China), should the rand strengthen against the foreign currencies – it will reflect negatively on these shares and the ETF itself.

What type of portfolio would most benefit from holding this ETF?

Due to the fact that majority of this basket of shares is invested in emerging markets such as China, investors who want exposure to these regions would benefit from holding this to create a well-diversified portfolio. The ETF offers a significant rand hedge component to your portfolio and can help protect you if the rand weakens in the future.