One of the issues surrounding the Coronavirus is lost revenue and hence lower profits. Apple is reporting supply constraints, Starbucks has closed the majority of their Chinese stores and so the list goes on.

But here’s the question. Which purchases are simple deferred and which never happen?

Supposedly large ticket items such as an iPhone or white appliance will simple be bought later. So lost sales now come up later. But this is 100% true. Say your phone was lost. You need a new one now, not in a month so maybe instead of Apple you get a Samsung, or a cheaper Apple that is in stock.

With consumables the story is very different. If I don’t have that coffee or lunch today, it doesn’t get held over till tomorrow. That sale is lost. So Starbucks suffers more than Apple.

Another point is for example the Mobile World Conference in Barcelona has been cancelled and this is not deferred. The event supposedly brings in some Euro500million in spending over the three days. That money is gone, it’ll be spent at home, so the city loses out.

But if you don’t buy your consumable today and have left over lunch at home, where does the ‘saved’ money go? Do we still see a surge later, but maybe in big ticket items if we’ve saved enough from deferred lunch dates an coffees? Or does it get properly saved into a bank account?

What about hourly paid workers? No work = no pay. They will be hurt, albeit company will benefit as lower expenses while closed.

Point is, the money to be spent will surely be spent.

Maybe different timing and maybe different product or location. But that money doesn’t disappear. So absent of the Coronavirus becoming a lot lot worse, any hit is merely short term and could be followed by an equally short burst of spending? Sure some spending will be lost, but not much? 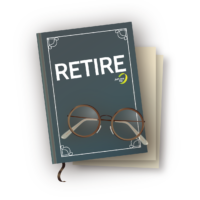