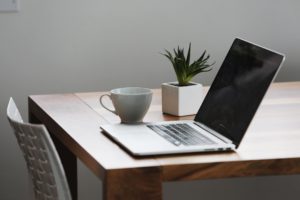 We tend to assume investing is something rich people do. If you’re not earning much, it can be tempting to put your goals on hold until you’re more liquid. This is not an unreasonable approach, until you learn what it’s actually costing you.

When we started this journey, we identified compounding as one of the concepts you have to understand to start investing. What we didn’t say is that compounding is not about money. It’s about time.

What is it even?

Think of the bank or an investment as in incubator for your money to have babies.

As we explained in this article, interest is money institutions pay us for the privilege of using our money. Let’s say you have a notice deposit account with a local bank that pays 7.49% interest every year. You have R100 in cash and a R100 per month to save. You forget about the account for 25 years, so you never adjust for inflation and only ever contribute R100 a month.

At the end of 25 years, you remember about the account and decide to take out the money. You’ve contributed R30,100 in R100 increments. At this point your monthly R100 contribution can only buy you a Milky Bar. When you finally look at the account, however, you find a healthy balance of R85,332.05. Where did the R55,232.05 bonus come from? Compounding, fam!

In the first year, you contributed your first R100 and another R100 every month for a total of R1,300. You earned interest on the R100 you invested. It’s a few cents, so you’re not really popping the champagne at this point. At the end of the year, you’ve earned R55.64.

By now you have your R1,300 contribution and the R55.64 in interest. In the second year, you’ll be earning 7.49% interest on R1,355.64. You’re also still adding R100 per month, and that money is starting to earn interest too. By the end of the second year you’ve contributed R2,500 of your money, but your bank account has R2,705.32. In year three, that amount will be earning the 7.49% interest, plus the money you keep putting in every month. Your modest R100 monthly contribution is starting to look like real money.

You already have the money

We like to think some future version of ourselves will be better than us in every way. We’ll have more money and more time, and we’ll be twice as fit and at least three times as sexy. It’s a beautiful dream, but compounding loves you the way you are today. In fact, compounding loved you most the day you earned your first R1. Compounding will be your best friend, but only if you give it time.

Being outstanding with your money doesn’t have to be hard. This series of articles will give you all the tools you need to get your house in order to start investing. Written by Just One Lap and sponsored by OUTvest, this series is the ultimate guide to outstanding money.

Podcast: What The Fat Wallet taught me

Podcast: Why all the panic?