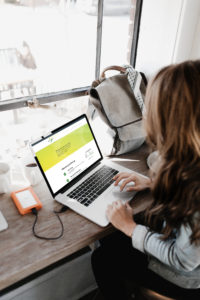 This week Gareth Stobie—who runs the ETF house CoreShares helps us understand how market makers know what the fair value of an ETF unit is and what happens in the market to throw that value off when the market closes.

When investing in any unit trust fund or exchange traded fund (ETF), the value of each unit or share that you own is equal to the net asset value (NAV) of that unit. The NAV is calculated by summing the total value of all the holdings of the fund at any point in time and then dividing it by the number of units that it has issued.

The concept is best understood by working through an example:

ETF issuers, such as CoreShares, are obliged to have an independent custodian (which holds the shares on the fund’s behalf) as well as an administration company (which validates the value of the fund every day). The administrator will value the fund at the end of each trading day. This is then checked by the Trustees and becomes the official NAV of the fund, and in turn, the unit price that will be published and distributed via data services such as Profile media, Bloomberg, Refinitiv and others.  This is the official data funds use to report their returns.

Secondary market and the intraday NAV

However, unlike unit trusts, ETFs also trade intra-day (that means during the course of the day). Kristia may, for instance, decide to sell half her holdings to a buyer on the JSE. This is called a secondary market trade. For this reason, NAV prices aren’t just set once a day, but throughout the day as the prices of all the various shares making up the index change. Sophisticated models are used to calculate the intraday NAV (or iNav) at any point in time, and market makers adjust their bids and offers in the secondary market so that they fairly represent where the underlying basket of shares is trading. Note however, that the market price may differ to the iNAV at certain points during the day.

It is also important to note that ETF prices aren’t typically impacted by demand and supply dynamics like an ordinary share (or asset) would be. If there is extra demand, an issuer will simple issue more units (or cancel units as the case may be) – ETFs are open-ended funds and won’t trade at any meaningful discount or premium.

Why do multiple ETFs that track the same index have different closing prices?

For various technical reasons the secondary market price may trade at a slightly different level to the iNAV. Reasons could include: liquidity issues in the underlying index, corporate actions, volatility or some other aspect which makes valuing the basket intra-day difficult. Some ETFs trade more regularly than others which means their traded price gets updated more regularly than others. It can be that accordingly the closing price of an ETF differ to its NAV price. The JSE has deliberated long and hard in terms of about how it should set the closing price. Should it accept the NAV from the issuer as calculated by its administrator, or should it use market-based principles like it does for all its other securities? The exchange decided on the latter and has come up with a hierarchy for publishing the closing price:

If no bid/offer then,

If it didn’t trade then,

It is possible that several ETFs tracking the same index may appear to have very different returns, not because the actual fund performed differently but rather how the official price on the market was determined. The market price published is not the same as the NAV. For this reason, it is important to always use NAV to evaluate an ETF’s performance.