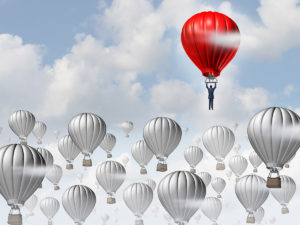 CoreShares’ two new offshore ETFs are the first to launch since I became ETF Nerd #1 and boy, am I excited! Come November I’ll be able to get my offshore kick with a local flavour.

With the drama still unfolding at Deutsche Bank, offshore options from a local ETF provider seem particularly well-timed. Fortune apparently really does favour the bold. While CoreShares is rooted comfortably in the smart beta space, the two newbies are (more or less) weighted by market capitalisation. The Global Property ETF does place a 10% cap on the weighting of each share, which makes a big difference in an index comprising 40 constituents, as opposed to 500.

Although invested offshore, these ETFs are considered local assets, which means investing in them won’t affect your offshore asset allocation limit of R10m per year. Then again, if you have R10m per year to invest offshore, you probably already knew that.

This ETF tracks the S&P 500 index, just like it says on the sticker. It is weighted by market capitalisation, but only includes companies with over US$5.3bn (R74bn) in market capital. It’s the big leagues. Because the ETF is exposed to 502 companies listed in the United States, even enormous companies’ representation in the index is limited, thereby reducing your exposure to the risk of individual companies. Apple, which is by far the biggest company in the index, only gets 3.25% representation.

The ETF is as American as apple pie and monster trucks. 21.2% is invested in information technology. If you’ve always wanted a slice of Apple (to go with your pie), Microsoft, Amazon and Facebook, jump right in! The health care, financial and consumer discretionary sectors combined make up 40% of the index. Those who don’t have high hopes for the American economy will think twice about this ETF’s earning potential. Sadly there’s not yet a local alternative to Deutsche Bank’s DBXWD ETF for more global exposure.

The methodology for the CoreShares Global Property ETF, while still weighted by market capitalisation, is slightly more involved. The S&P Global Property index lies at the heart of this ETF, with caveats.

Only the 40 biggest companies are included, based on float-adjusted market capitalisation. That means only shares that can be traded are included in the market capitalisation equation. The ETF includes companies that trade on developed markets, must have paid dividends in the last fiscal year and must have had positive earnings in the past year. Each company only gets up to 10% representation in the ETF, limiting exposure to the risk of individual companies.

While it has a global mandate, a chunky 56.5% of this ETF is invested in the United States. Japan and Hong Kong follow at 14% and 11% respectively. Only five other regions, namely Australia, Germany, France, the United Kingdom and China make up the rest of the ETF.

31.5% of the ETF is invested in real estate investment trusts (REITs) that specialise in retail. It has 10.2% exposure to residential property and 8.3% to office space. Once again those who aren’t hopeful about the future of the American economy might not be enticed, but with an expected TER of 0.55% – 0.65%, this might just be the global option local property lovers have been hoping for.

CoreShares’ Gareth Stobie presented a JSE Power Hour on the new ETFs. He delves deeper into what investors can expect from the new offerings.