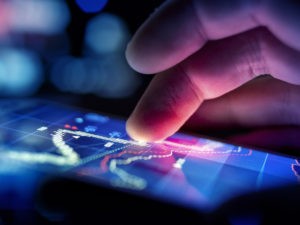 It’s confession time. Two weeks ago I wrote about how I needed a bit of a break from the market after what had been a great run. I ended up not taking that break, because I saw what I believed was a trade setup that was just too great to be ignored. I can’t really say that I broke one of my own rules, although I did not stick to my predetermined course of action. It’s difficult to define, but in a sense I broke a discipline rule.

Nevertheless, I saw the rand breaking out of a channel that I had drawn months ago and thought, “This is a trade I simply can’t miss”.

I ended up getting sucked into it and stopped out… a couple of times. Sure, taking small losses here and there is not the end of the world, it about risk management, right? So a few losers in a row is no big deal.

One of my trades turned out to be a fat finger and I traded significantly bigger than my normal trade size. My great run was almost entirely wiped out by one, fat, finger. A lack of focus. Putting a trade on by using a trading app, not checking that it was done correctly, putting my phone back in my pocket and then continuing to enjoy my lunch. Sounds like overconfidence, right? Well it was. And it cost me dearly.

At the end of the day, it is alright. I survived and will likely make back that loss in a few weeks anyway. The fact remains though, I traded like my… backside, and it stung me. It undid a lot of good trading in the weeks leading up to it.

I guess the moral of the story here is that I knew that I needed to sidestep the market for a week or two and despite that decision to do so, I traded anyway. This lead to sloppy trading. I’m not upset that I was stopped out twice in a row, I am disappointed that I made a fatty (fat finger trade) and that I allowed it to chew me up and spit me out.

Mistakes happen though. As long as we learn from them, that is all that matters.