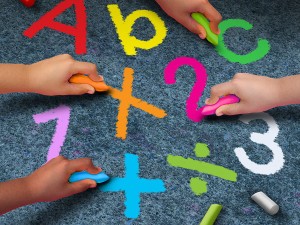 How can we support children to have a healthy attitude towards money? Children watch what we do with money and they absorb our attitudes like sponges. So what am I teaching my children?

There are three critical things I want my children to absorb when it comes to money: firstly, money is a finite resource; secondly, they need to be in charge of their money and not let the money be in charge; and thirdly to save and share.

The last is the easiest so I’ll start with that – saving and sharing – they get pocket money twice a month; one third goes into their (very cute) piggy bank, one third into a jar ‘for charity’ and one third into their wallet, to spend as they like. They enjoy the ritual of dividing the money. A year into doing this they love the ‘charity jar,’ they often take some money out to share with a charity or pass on to a ‘poor person.’ Just a few days ago my oldest asked about opening a bank account to save his money in!!! The ideas are taking root.

Now how to show them that money runs out! I think it is critically important to use actual money to pay for some things (especially treats and entertainment), my children understand when I say the “money envelope” is nearly empty so we can’t have that treats or new shorts. I avoid the credit card as this supports the idea that money can go on forever even when it has run out for the month! We talk about payday, and that I work hard to get that money every month, and first we pay our bills and then we see what is left to put in the money envelope – and that it might finish before next payday. It doesn’t stop them hoping we can still do the fun treat though – they are only children, but they accept that when the money is gone, it is gone!

Finally, supporting children to ‘be in charge’ of their money. This is the tricky one, they are still young and appear very surprised when their wallet is empty – how did that happen? So I am still working on helping them to plan how they want to use their money in their wallet and to realise if they buy an ice cream, yes it is delicious but to do that every two weeks means they can’t’ do anything else with their money. Soon I will start helping them to draw up a budget for their money, deciding on a goal, and planning how to save for it. I think starting with an awareness of money and saving is the first step to ensuring they will never be controlled by money.

Next column I am going to think about why it is that despite having a budget that works on paper, it seems my actual spend is often bigger then the budget…. do the gremlins interfere or am I doing something wrong?