hmmm, wasn’t it just last year Heineken was hating on us so much they was canceling projects and threatening to take their beer and go home ..

What’s with the ‘special’ shares?

They enable insiders to retain voting control even while they may not actually control the company.

The most well known are the Naspers~N (JSE code: NPN) A shares that give control to a few parties.

Shoprite* (JSE code: SHP) has the same for Christo Wiese which he tried to sell back to the company. But they have zero economic rights and only are votable by Wiese

More recently it surprised many that while Remgro (JSE code: REM) owns a little over 31% of Distell (JSE code: DGH) they ave a pile of B shares that gives them 56% voting control.

In the older days, companies used pyramid structures, but those have long since largely left the JSE and no new ones can be listed.

The challenge is how to know about them? The annual report will detail them.

Generally, they don’t matter massively, until they do. And then they matter. Wiese failed to receive the required number of votes to get back onto the Shoprite board in 2018, but then he used his special shares to basically override shareholders. 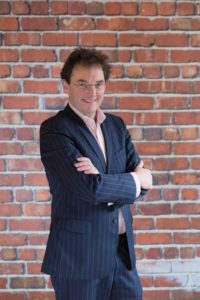