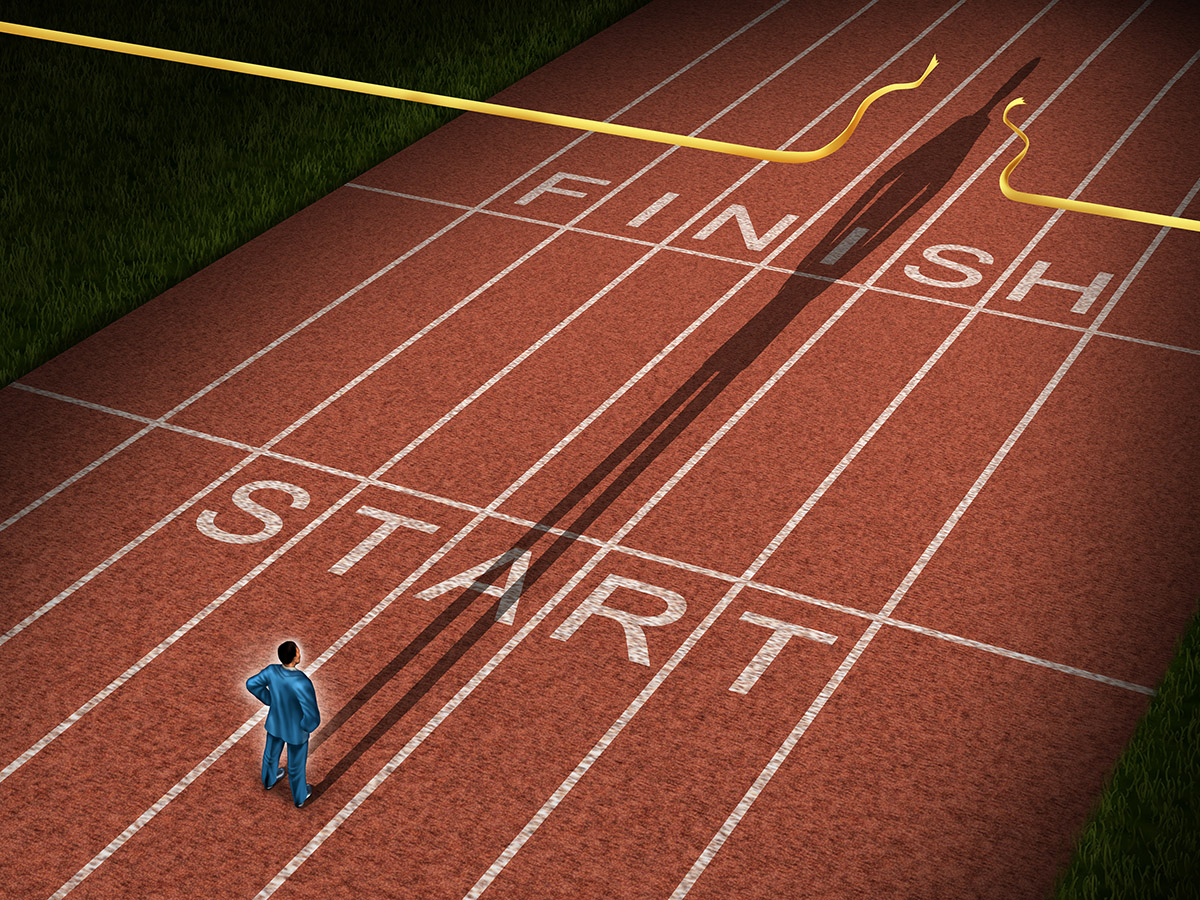 Imagine you are a sprinter. Imagine that you are really good at 100m sprints and have a real talent for it. Imagine that you have been training as a sprinter for a couple of years. Now, imagine that on a whim you decided to enter yourself into a marathon – you didn’t train for it. Sprints and marathons are both different forms of running, so you assume that because you are a great sprinter you should be a good marathon runner too, right? I mean, running is running, right?

Wrong. Yes, they are both forms of running, but they are absolutely nothing alike.

It is much the same in trading. The above scenario happens to me sometimes… well, not so much in the physical running sense, but in the sense that I am a good short term, single hit, in-and-out trader. Every so often, I catch a big move and make three or five times more on a trade than I usually do, and as statistics would have it, I usually have a few of those in a row. Then this crazy thing starts happening in my brain where I feel that I can suddenly start entering marathons. By marathons I mean riding trades for significantly longer periods of time than I normally would, with the type of position sizes I would trade in the shorter-term time-frames. It is also around this time that the wheels start coming off.

I have learned during this last year that my strength is to take reactionary trades around high probability setup zones, and jump in and out of short term trends as momentum carries the market in a direction. In other words, it is easier for me to trade the same direction in oil several times in one day than what it is for me to stick out a trade over a longer time frame. Sure, sometimes the longer time frames work a lot better, but those setups are usually a lot rarer. Thus, I force myself into trades that are not yet ideal because I am impatient – which of course is the root of the problem.

The point is that we all have different trading skill sets with different strengths and weaknesses. It is our job to find out what they are and play to those strengths, and avoid situations in which our weaknesses can get the better of us. For example, I know that after a good run my mindset changes and I become susceptible to taking large positions with long-term views which often burn me. This is because I am not sticking to my knitting, or sticking to what I am good at. I know that if I want to trade in the longer-term time frames I should be taking very small trades that won’t bother me if they draw down. I also know that I can take bigger exposure (multiple positions) in shorter term trades. That way I can keep a hawk eye on and cut if anything goes wrong.

We each need to figure out where we fit into the market and how we best operate, and then stick to that. We can learn how to do things differently and better, but we shouldn’t try to simply switch to a new style without spending time practicing and ‘training’ for that style. I have macro views most of the time and do take long term trades. Although when I start to think that I can ride short-term setups on 15 min charts for weeks at a time, well, then I have prepared for a sprint but entered a marathon.

I need to choose before I get into the trade what type of trade it is going to be, and then stick to that plan. Either a sprint, or a marathon… I can’t do both on the same trade.

(note Petri is back next year on 10 January)